Within the development sector, the inclusion of a training program is a widely applied method for strengthening capacities of user organisations; and BGP is no exception to that practice. The idea is, simply put, to establish community organisations and to subsequently train their executives for the capacities that the organisations require. For new organisations to sustain, external factors are, however, more decisive than the capabilities of their first batch of executives. It is however easier to address the capacity needs of the executives through a short-term training programme, than to undertake a lengthy process to re-model the institutions around the new organisation. Training is a useful booster for individual capacities, but does not comprise a systematic and comprehensive approach towards building sustainable organisational practices.

In BGP, during its first years , a Training Needs Analysis was conducted and a training program was defined; with a training coordination cell ensuring that the identified courses were planned and organised. The Training Cell was to provide management to the training program, and to hire external resource persons to provide the requisite knowledge. Courses were outsourced, rather than implemented in-house and generally had a duration of 3 – 5 days. This ensured that the skills and knowledge of WMG EC members was brought to a higher level and helped bring consistency in the organisational roles between WMGs. The training courses helped define WMG and WMA organisational management and laid a basis for conflict resolution and record keeping.

The following courses were included (for more detail, see chapter 31):

The ensuing program was largely classroom-based and strongly aimed at transferring knowledge (as opposed to developing skills or changing behaviour). Behavioural change is hard to achieve in a short course and to really effectuate behavioural change follow-up and coaching in the work environment are essential and powerful tools. The continuity between classroom training and on-the-job follow-up was, however, not particularly strong, basically because during this early period of BGP implementation the components of the TA team worked independently from each other.

Outsourcing of the training program was abandoned in 2016. The training cell’s staff was, however, maintained and they worked hard to make meaningful use of their training and training management skills for the benefit of the program. In doing so, the character of the training in BGP underwent fundamental changes for the better. These are discussed under the following headings.

Training sessions originally aimed for ‘graduating’ their participants in a specific knowledge domain. Often representatives of different WMGs were grouped together, trained and subsequently send back to their WMG as ‘specialist’. A telling example is the training for bookkeeping, where only the cashiers were trained. The capacity of the WMG executive committee to work as a team on the planning of budgets and the review of financial information was, however, not developed .

Increasingly, training sessions aimed at groups. When the Community Development Facilitators were induced to their function in 2016, the different disciplines were brought together and they were, as a group, trained in community development for water management.

Against an early predominance of guest lectures, increasingly emphasis was given to ‘learning by doing’ approaches, with group assignments based on real life situations. Thus, participants were placed in a position where they had to think for themselves and develop new behavioural repertoire. The early LCS training sessions had a classroom character, with the SDE or SO hired to explain the intricacies of earthwork contracts to a group of LCS leaders. Later on, LCS training was given on-the-job, with explanations culminating in the making of a model cross-section of the earthwork to be implemented. The Gender and Leadership Development Training was also taken out of its initial classroom environment and conducted as a series of courtyard sessions for each WMG facilitated by the CDFs, using flipcharts and other visualisation. The new Catchment planning workshops had a slightly different pattern, where planning was for real. Here, the trainers focussed on ensuring that constructive interaction would take place; and a community cadre of catchment planning facilitators was developed.

From dependence to self-reliance[edit | edit source]

In the original approach, the WMGs were dependent on external suppliers of the knowledge. Taking a leaf from the FFS-approach in which DAE trained Lead Farmers who would continue to assist their community beyond the capacity building period, the training unit shifted its attention towards developing the capacity of a larger group of people, who could act as resource to the WMG: 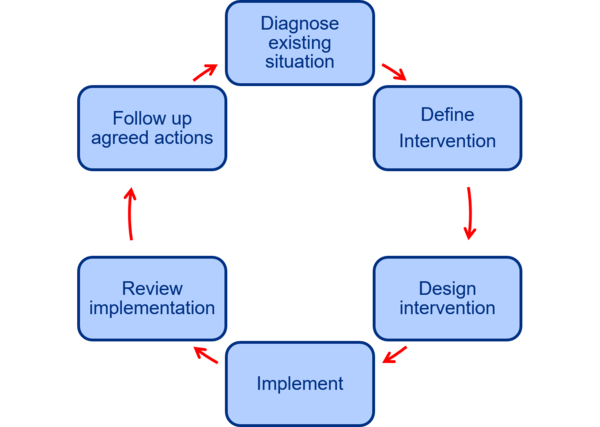 Figure 15.1: Role of the polder teams in WMG capacity building

Where initially, the emphasis was strongly on building WMG capacity so that these organisations would be able to function independently; increasingly the training workshops were used to strengthen the relation of WMGs to the local governments representing them, and to the (government) services available to them. An example of the early training was the ‘gender and leadership’ training, which was provided by a hired service, with WMG EC members forming the core of the participants. In addition female Union Council members and potential future female leaders were included. In other training sessions, departmental staff would feature as resource person or lecturer, but not as participant. The Land and Water Use Planning workshops – described in the chapter 14 – were a first occasion where WMG representatives partook in a workshop setting alongside representatives of departments and local governments. Network events were subsequently developed further and culminated in the Upazila workshops, which provide a forum for discussing the WMA role in local economic development.

While the above four transformations constitute an improvement in the way the instrument of training is used to foster community initiative; BGP was not particularly successful in its efforts towards making capacity building responsive to locally specific situations. Following the reorganisation of the TA team from four component-wise and centrally managed teams to 22 polder teams, the Training Cell took it upon itself to transfer the lead in WMG capacity development to these polder teams:

The training unit oriented all CDFs in this approach during 3-day training workshops. Higher levels in the TA organisation were involved in the development of the above and asked to support its application. The polder teams have, however, embraced their role in WMG capacity building only to a limited degree. Subsequent tools developed to support WMGs continued to rely on a central hand in their application. This applies to community agricultural water management, the facility for small-scale infrastructure, the crop intensification initiative and the catchment planning. The easy-to-replicate tool of horizontal learning has been applied sparingly by the polder teams; and generally only with direct involvement of zonal or central staff. Apparently, it was difficult to decentralise initiative within the BGP TA organisation. With hindsight, the following reasons for the limited decentralised initiative within the TA team can be indicated:

Thus, while there remains scope to further improve WMO capacity building approaches, the shifts made in the course of the BGP project (discussed at the beginning of this chapter) have been a stride forward. The net result is that most WMOs are active and well-linked organisations that are oriented towards contributing to an inclusive local economic development.[Footnote 1]

Future PWM projects willing to stimulate local initiative in water management would continue to require locally-stationed integrated teams to foster the performance of the newly-formed community organisations. For these teams to provide situation-specific and tailor-made support, they need to be given a clear mandate and authority and a suitable degree of freedom in their actions. This must be done from the onset of the project, rather than as an adjustment at mid-course.

Water Management Association - In Blue Gold, the polder-level representative of WMGs, and signatory to an O&M Agreement with BWDB

Labour Contracting Societies - Groups of usually landless people who are contracted by an agency to carry out a certain type and volume of earthwork within a given time period. For BWDB, the rules for engagement of an LCS are set down in PWMR 2014 Chapter 6

Groups of usually landless people who are contracted by an agency to carry out a certain type and volume of earthwork within a given time period. For BWDB, the rules for engagement of an LCS are set down in PWMR 2014 Chapter 6

human intervention in the capture, conveyance, utilisation and drainage of surface and/or ground water in a certain area: a process of social interaction between stakeholders around the issue of water control.

Community Development Facilitator - a member of the Blue Gold technical assistance team who lived and worked in a specific polder, and provided the main point of contact between the project and the polder communities

Identification and planning of both interventions and operations & maintenance within the catchment, resulting in an action plan for the catchment.

Farmer Field School - A group-based learning process through which farmers carry out experiential learning activities that help them to understand the ecology of their fields, based on simple experiments, regular field observations and group analysis. The knowledge gained from these activities enables participants to make their own locally specific decisions about crop management practices. This approach represents a radical departure from earlier agricultural extension programmes, in which farmers were expected to adopt generalized recommendations that are formulated by specialists from outside the community.

Bangladesh Water Development Board, government agency which is responsible for surface water and groundwater management in Bangladesh, and lead implementing agency for the Blue Gold Program

An area of low-lying land surrounded by an earthen embankment to prevent flooding by river or seawater, with associated structures which are provided to either drain excess rainwater within the polder or to admit freshwater to be stored in a khal for subsequent use for irrigation.

Community Animal Health Workers: members of the community who are trained to provide farmers with basic health and production support for their animals

Community Animal Health Workers: members of the community who are trained to provide farmers with basic health and production support for their animals

Community Development Facilitator - a member of the Blue Gold technical assistance team who lived and worked in a specific polder, and provided the main point of contact between the project and the polder communities

Community-led Agricultural Water Management - with DAE, Blue Gold established a network of schemes for demonstration purposes where locally-applicable annual cropping patterns are introduced along with water level control facilitated by small-scale water infrastructure, and the development of value chain skills in farmers

A process by which the local stakeholders are directly and actively involved in identification, planning, design, implementation, operation & maintenance and evaluation of a water management project.