14 Consultation and participation in planning

This section discusses early efforts by BGP to consult and involve communities in planning. It specifically reflects on the Polder Development Plans (PDP) and the WMG Action Plans (WAP). 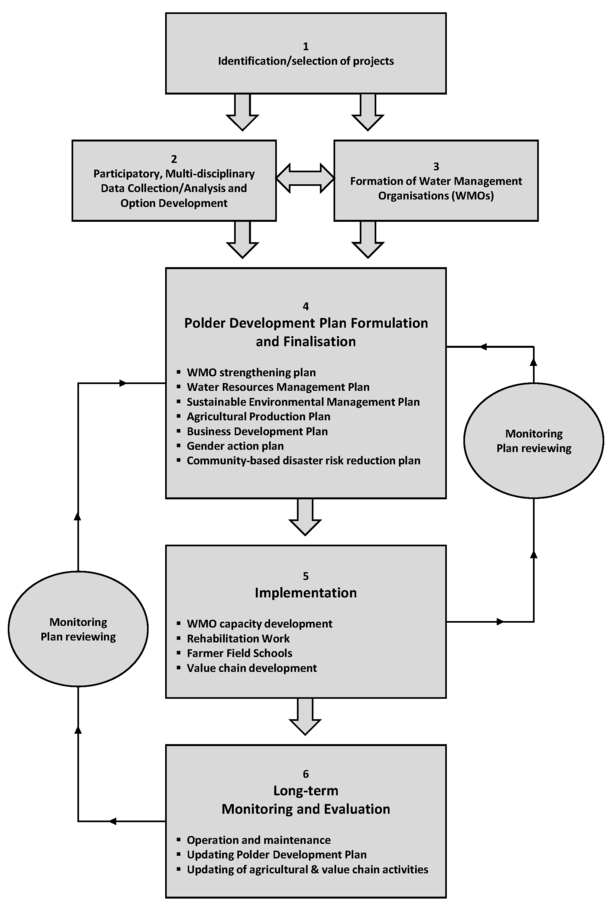 Figure 14.1: BGP Polder Development Approach at inception, based on IPSWARM 2008

In September 2008, BWDB approved the Guidelines for Integrated Planning for Sustainable Water Resources Management (IPSWARM) for use in existing medium-sized Flood Control and Drainage Projects[1]. The Blue Gold Program initially followed the 6-step approach described in these guidelines[2]. In this ‘polder development approach’ (see Figure 14.1) the formulation and finalisation of a Polder Development Plan plays a pivotal role.

Subsequently, Polder Development Plans (PDPs) were developed for each of the 22 polders that BGP intervened in. With hindsight, the value of these documents is limited:

The PDP formulation and finalisation were largely internally-oriented exercises, with limited interaction with the intended beneficiary communities, their representatives and other stakeholder agencies at the local level. Making updates of the PDPs (box 6 in Figure 14.1) became redundant with the emergence of the Catchment Plans discussed later on.

The PDPs were completed as a contractual obligation, and had limited value for the polder development. The BGP TA team did however undertake planning activities in some of the polders, which showed an alternative approach to the overly internal oriented PDP exercise:

Both exercises demonstrated the merit of using large maps visualising aspects of the polder for engendering constructive discussion on constraints and solutions.

The PWMR 2014 lists among the responsibilities and functions of the WMG inter alia:

This plan is referred to in BGP reports as the Water Management Group Action Plan, WMG Action Plan or WAP. As the WAPs are listed in the PWMR 2014, their production has been seen as a reporting obligation and WAPs have been prepared by the WMGs and subsequently submitted to the regional offices of OCWM.

The WMGs were advised and assisted to make plans that coincided to the four components of BGP; i.e. they were advised to include actions with respect to their organisation, to infrastructure, agricultural extension and back- and forward market linkages. A standard format for activity planning was provided, which included a list of some 30 suggested activities.

In the end, the WMG executive committees produced, with overly strong handholding by the BGP TA community organisers, virtually identical plans, largely copied from the standard list of over 30 actions. The WMG action planning was flawed:

Despite the severely flawed process, WMGs did undertake actions:

From 2018 onwards, a link was made between plans at WMG level with respect to water management on the one hand; and the catchment plan on the other. This is discussed in chapter 17.

Bangladesh Water Development Board, government agency which is responsible for surface water and groundwater management in Bangladesh, and lead implementing agency for the Blue Gold Program

An area of low-lying land surrounded by an earthen embankment to prevent flooding by river or seawater, with associated structures which are provided to either drain excess rainwater within the polder or to admit freshwater to be stored in a khal for subsequent use for irrigation.

Farmer Field School - A group-based learning process through which farmers carry out experiential learning activities that help them to understand the ecology of their fields, based on simple experiments, regular field observations and group analysis. The knowledge gained from these activities enables participants to make their own locally specific decisions about crop management practices. This approach represents a radical departure from earlier agricultural extension programmes, in which farmers were expected to adopt generalized recommendations that are formulated by specialists from outside the community.

Development Project Proforma: a formal document which sets out the intention of a GoB organisation to invest in a development project, seeking approval for the investment and, if successful, a budget allocation. The DPP follows a prescribed format, including the project’s financial and physical scope, benefits, and proposals for monitoring and internal and external audits. The approval of a development project proposal follows a number of stages: formation with preliminary studies, formulation to develop greater detail and with additional information to make the economic case for the project, scrutiny by the executing agencies and concerned ministries, appraisal by the Planning Commission, recommendation for approval by Project Evaluation Committee (PEC), Minister/ECNEC approval, and inclusion of a budgetary allocation in the Annual Development Plan (ADP).

human intervention in the capture, conveyance, utilisation and drainage of surface and/or ground water in a certain area: a process of social interaction between stakeholders around the issue of water control.

Any individual or group who, in one way or another is favourably influenced by the project.

A process through which stakeholders influence and share control over development initiatives and the decisions and resources which affect them.

In-polder water management; term used in Blue Gold to describe water management interventions which aim to deliver excess water from the field through field drains to secondary khals and thence to primary khals for evacuation through the sluice/regulator

actions taken to prevent or repair the deterioration of water management infrastructure and to keep the physical components of a water management system in such a state that they can serve their intended function.

Office of the Chief of Water Management (in BWDB) responsible for the 'establishment of water user organizations, their training and participation, in project planning, implementation, operation and maintenance and cost recovery'

Also known as 'business linkages'. Linkages refer to the trading relationships between and among producers, input providers and traders, and other enterprises in a supply chain or value chain. We refer to Backward linkages on the input side and Forward linkages on the output side of the producer.

Earthen dyke or bundh raised above surrounding ground level, for example so that roads or railway lines are above highest flood levels, or so that an area is empoldered to protect it from external floods and saline waters.

A vertical gate to control the flow of water; also referred to as 'regulator'

Soil is regarded as waterlogged when it is nearly saturated with water much of the time such that its air phase is restricted and anaerobic conditions prevail. In agriculture, various crops need air (specifically, oxygen) to a greater or lesser depth in the soil. Waterlogging of the soil stops air getting in. How near the water table must be to the surface for the ground to be classed as waterlogged, varies with the purpose in view. A crop's demand for freedom from waterlogging may vary between seasons of the year.

Collective action - by a producer group is one way to partially overcome constraints such as in weak markets, where inputs and services essential to production innovations, are generally scarce, costly to access and/or to obtain. Collective action is working in group instead of individually in order to gain economic or social benefit. Through collective action, farmers can address constraints in their market linkages, organise their activities jointly and use their collective bargaining power to reduce input costs through bulk purchase, or to obtain services from buyers such as farm-level collection of produce

A process by which the local stakeholders are directly and actively involved in identification, planning, design, implementation, operation & maintenance and evaluation of a water management project.